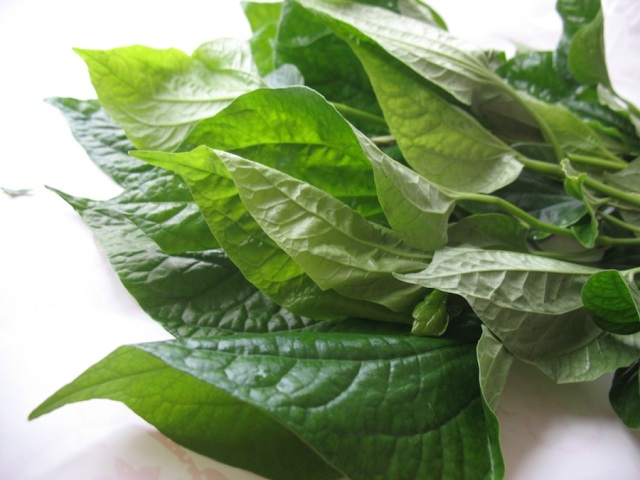 Cha plu leaves are another ingredient we are lucky to have available to us at Southeast Asian markets of North and South Philadelphia. It is a mild flavored leaf that is well-suited for making wraps, as it is generally enjoyed in Thailand and in Laos where it is known as cha plu leaf (ใบชะพลู) or pak ii leaud (ຜັກອີ່ເລີດ). 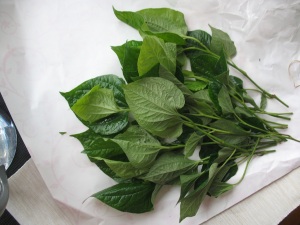 Many mistake this for another leaf used by many in South and Southeast Asia to wrap the areca nut, and it is often erroneously called “betel leaf“. They are not the same. Here is a nice blog post discussing this topic from a Thai chef and blogger Kasma Loha-unchit. There you can also find a nice recipe for making the snack for which this ingredient is best known: miang kham เมี่ยงคำ.

You can see below how this would nicely wrap small chopped edibles. It can also be used to wrap ground meats to be later cooked, with a result that resembles Turkish dolma. See here for a web search of images of what that looks like.

Cha plu (piper sarmentosum) is in the peppercorn family, and its flower/fruit, which resembles the long pepper–likely a close relative–is also edible. 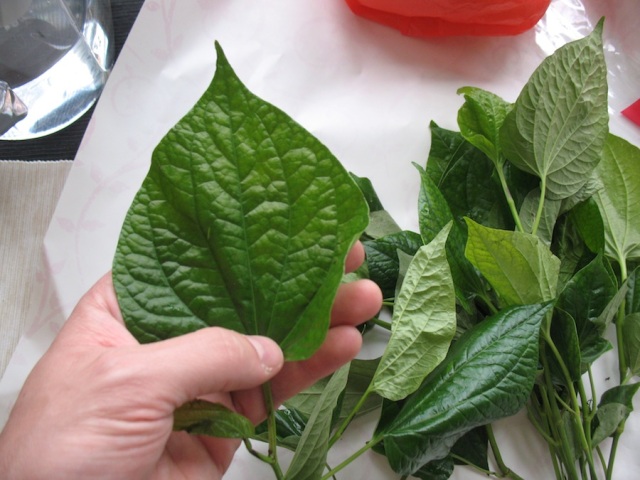 Today, we’re going to use it in a simple Thai curry. As you may know, there is a long list of Thai curries that are differentiated often simply by slightly varied amounts of spices in the paste. Today’s paste will be for Kaeng Khua แกงคั่ว curry. This is very similar to red curry paste, but you can also find this variant if you visit a larger Asian market (particularly SE Asian markets) in canned form. To the right you can see an image of the can that I used, Maesri brand. As I mentioned in a previous post, we generally don’t make our own pastes. It is certainly doable, but the spices from Thailand are a little more fragrant, and the can is only a dollar.

Many Thai curries are built the same simple way, with the most laborious process being the pounding of the spice paste. If you are simply using a can, the cooking process is very brief indeed.

1. start frying the curry paste in some oil in a pot, until it is fragrant. Add some chopped chicken to the pot and stir until the paste gets well acquainted with the meat. 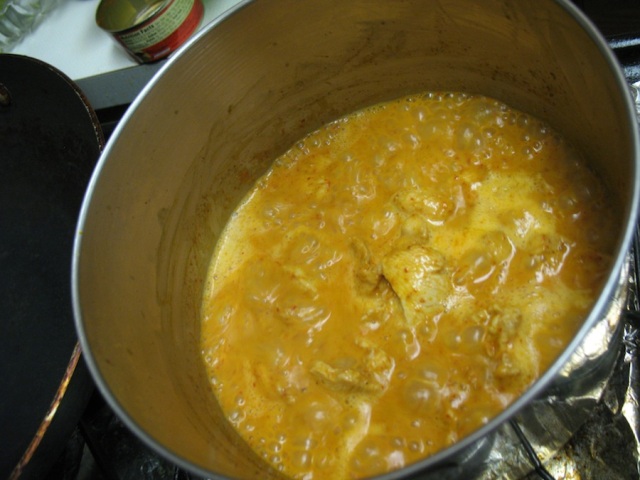 2. Add as much coconut cream or milk (i.e. the kind for cooking with) as you will need (use a can or box and use enough to cover all of your ingredients).

3. Add in the mushrooms (we used some Korean king oyster mushrooms from H-Mart) 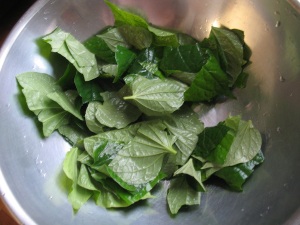 4. After everything is cooked and tasting right, toss in the roughly chopped cha plu leaves. I used the whole bunch pictured above. Remove the leaves from the stem first. 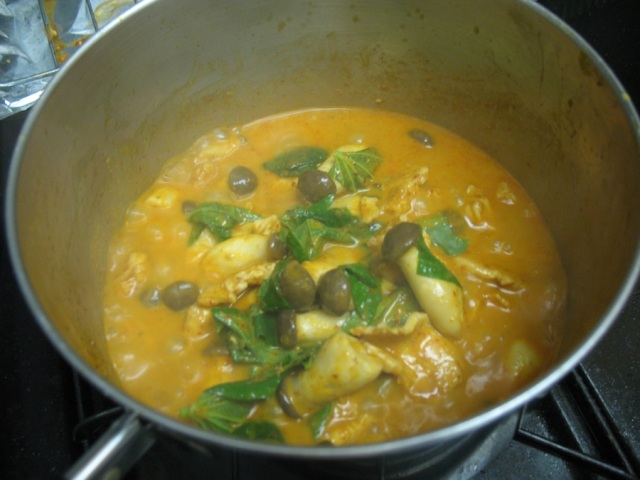 This curry is similar to a red curry, but it strikes me as slightly more herbal. 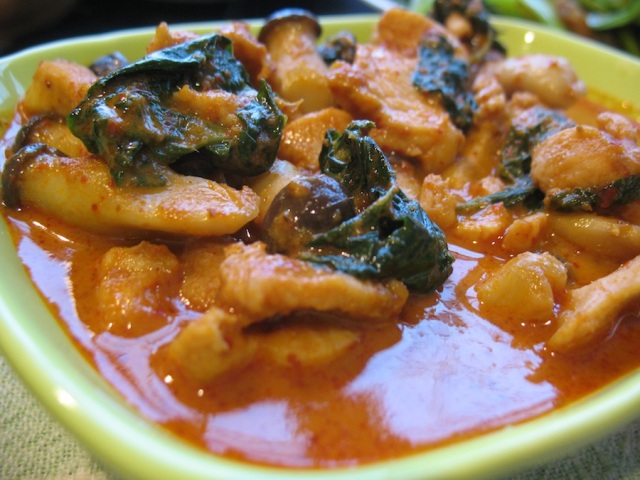 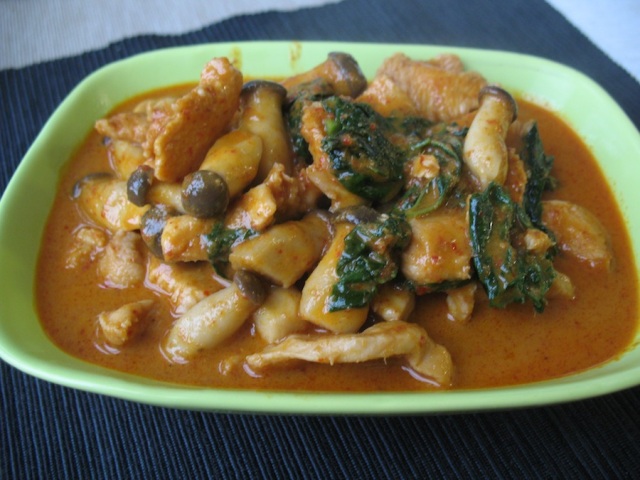