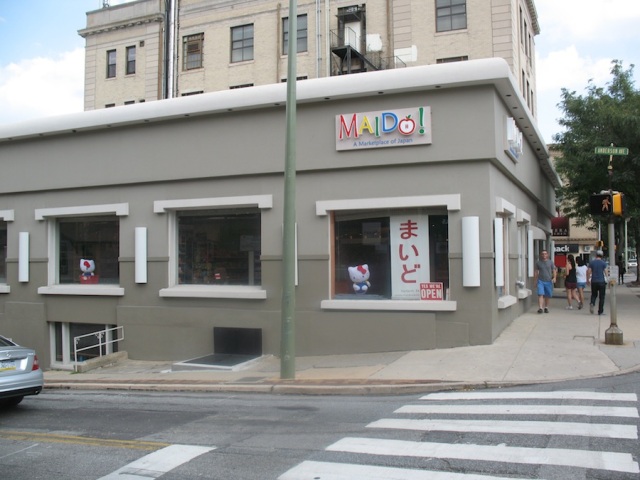 Maido! A Marketplace of Japan is again open, at their new location in Ardmore off the main line (5 E Lancaster Ave).

I never got a chance to catch this notable Japanese grocery store/lunch option before it closed up and began its slow transition from its old location in Narberth, PA, but I was impressed with the reviews of the old location and apparent fan club-like following. The store had done much to promote Japanese food and culture, and even had (or has?) a shuttle bus to bring people in from Center City/University City.

The new location is beautiful. The interior is clean and stylish. Quite different from other markets highlighted in this blog. The grocery inventory at this point is fairly basic, with noticeable strengths in specialty rice and refrigerator section items. The fresh produce has a lot of room to grow. I was particularly impressed with the selection of pickles.

At this stage, the most striking feature of Maido! is its expanded eatery area. There are three stations: a bento station (which wasn’t operational today), a sushi/onigiri station, and a cooking island centerpiece for frying okonomiyaki and tempura, and for staging udon noodles and rice bowls.

A bar counter surrounds that central cook station, with additional tables for groups off to the side. The menu hosts several items that would not be common finds at other Japanese restaurants: okonomiyaki, rice bowls topped with meats, curry katsu, and udon noodles.

From the images below, you can see the menu items for yourself: 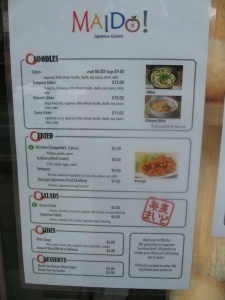 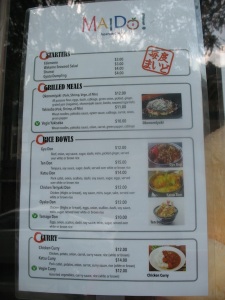 I got the okonomiyaki. It was quite pleasant. There was a bit of a wait for the order and for the food to cook though, but hey, they have only been open for a day.

It’s a fun location, and there is a lot of potential here with the great food options and beautiful location. People seemed to be trickling as a fairly steady stream, though the opening hasn’t even been advertised online–beyond the fan posts on Facebook.