I came across this vegetable recently in a local store.  It is known as purslane in English, machixian (馬齒莧) in Mandarin, and semiz otu in Turkish—I provide these names as I know of its culinary use in China and Turkey (folks in the states eat it too).  This vegetable–or weed, depending on perspective–can be found at 1st Oriental Supermarket (東方超級市場) on Washington Ave in Philly. A big bag costs around $3. 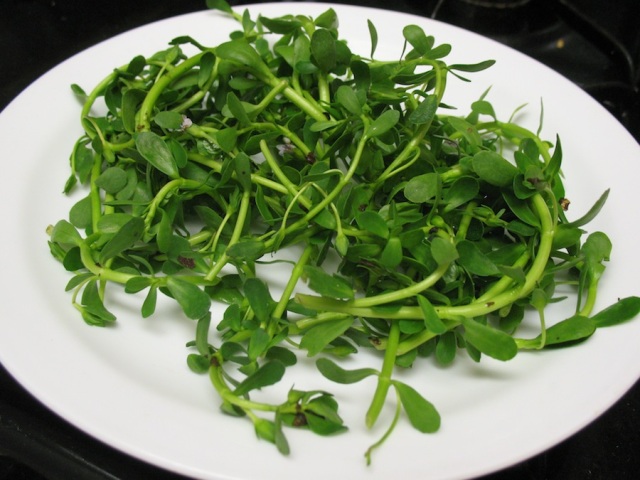 I chose to fry this, first as I would do normally with something like watercress or spinach.  Garlic, salt, and a little sugar on high heat for a very short time.  The result was kind of bitter, but enjoyable.  It is not as quite as bitter as bitter melon, just to give you a reference point.

My second try took advice from Fuchsia Dunlop’s Revolutionary Chinese Cookbook, which is based on Hunan recipes, several of which are home-style.  For this version I first blanched the vegetable before stir frying it on high heat with salt, ginger and a splash of rice vinegar.  This I enjoyed very much.  It was still a little bitter, but it had a more complex flavor.  A nice compliment to rice and other spiced dishes. 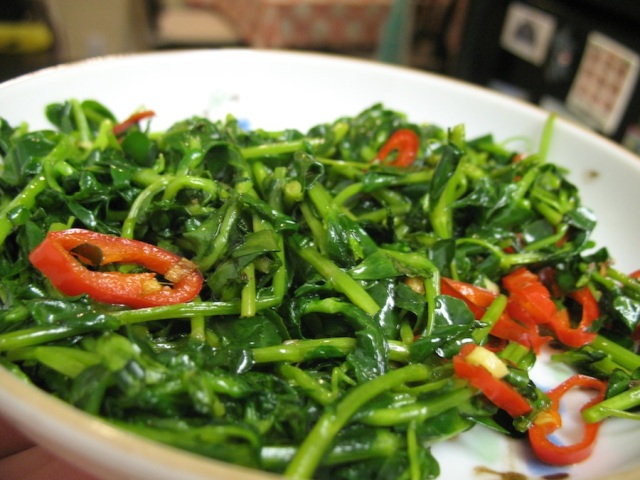 My try at Fuchsia Dunlop’s recipe for fried purslane

This vegetable is also used in Turkish cooking, where it is known as semiz otu “fat grass”.  The one way I know this used in Turkey is as a meze.  It is chopped raw, and mixed with yogurt, garlic, salt, and oil.  Here is a link to such a recipe.